Pepper Pace is the pen name used by the author. Born and raised in Cincinnati, she has always enjoyed creativity. At a very young age, Pepper had a gift for art and would spend most of her spare time drawing images that she later began adding stories behind. Soon writing became more important than the illustrations and though she still loved art, it took a back seat to her real love. 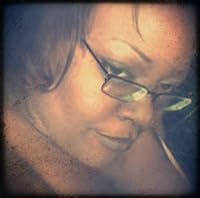 Pepper wrote her first novel when she was 12 years old and had written 2 more by the age of 18. Too shy to share her work with anyone, Pepper stock piled her many stories into notebooks until she came upon Literotica.com and was compelled to share her craft.


Pepper became instantly popular and won several awards each year in which she submitted a story to the site. After receiving popular feedback, she grew in confidence and created a popular blog entitled Writing Feedback where she encourages her readers to interact with her on topics concerning, music, writing, art and pop culture, and can be contacted at her blog: http://pepperpacebooks.blogspot.com/Pepper lives in Cincinnati where many of her characters also reside.


BD: What kind of atmosphere do you write in?


P.P.: Currently I have been writing at my dining room table. But I’ve written most stories in my bedroom with tons of pillows propped up around me, music speakers plugged in and candles going.

Later I invested in a writing desk and office chair but after a remodel I moved it into a spare bedroom that will soon be my office. Until that happens I’m sitting at the dining room table with speakers plugged into the laptop, candles on the hutch behind me, a glass of wine sitting on my right side, two books on my left and I’m listening to the new Justin Timberlake cd.

BD: Is There a book that you can say changed your life?

P.P.: Kindred by Octavia Butler was the one book that caused me to see storytelling in a way that did not have to follow the formula. The formula that I’m referring to is the predictable one where boy meets girl, fall in love, enter protagonist, work through problems and then live happily ever after. How about some new formulas…or better yet complete chaos in a story? In Kindred, Butler shocked me when she wrote about a character that felt like ME. And then she placed that character in a situation where there was no winning; you perpetrate the rape of your own ancestor or you cease to exist. And then at the end there is a happily ever after with a twist of the knife. Then I decided that I wanted to write kick-ass stories like that. I wanted to be the Quentin Tarantino of the writing world. 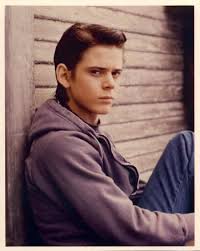 BD: Who is the book boyfriend of your life? (Your character or someone else’s)

BD: Which one of your books would you like to become a move?

P.P.: Juicy. There was a time when I never thought anyone could ever read a story like Juicy, and when I shared it online and saw that people were accepting of such an odd love story I thought it would be great to see the characters come to life. And no, I don’t have any movie stars that I see playing the roles because my preference would be for the audience not to have to fight to disconnect them from some other character—Like Janet Jackson in For Colored Girls. I had a difficult time separating her from Janet Jackson the singer.

BD: What is the book that you can read over and over?

P.P.: There are several but the one that I never tire of is Stephen King’s The Talisman. I will wait a few years and then reread it, hoping to recreate the sense of awe that I get by the adventures of Traveling Jack. It is my favorite King book ever.

Thank you so much to Pepper Pace for being an awesome writer and playing along for FF5!

Me? I'm off to read the Talisman and maybe Beast again. Or Crash? Or Juicy.
Posted by Unknown at 4:46 AM