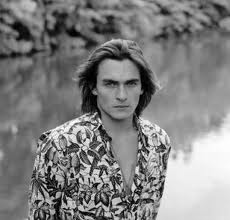 This picture and the one above are of Rupert Friend, but he is my interpretation of what Kim Harrison's character would look like if her were a real person (With blonder hair, of course)

To check out Trent and this great book series, Click here.


Tall muscular and deeply devoted to his pack; didn''t you read that 1st part? Tall and muscular, Yes, please!!!