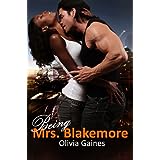 Cheryl is an author, a blogger and an adult educator. She writes fiction under the penname of a private hero, her mother, Olivia Gaines Aaron. Cheryl holds a Bachelor of Arts in Mass Communication from the University of Alabama at Birmingham and a Master's in Organizational Management. Her non-fiction works are focused on helping writers perfect their craft. Cheryl co-authored Musings: A Book of Poetry by Aaron Flanders; and authored My Next Best Seller: A Novel Writer's Journal and My Writing Journal.
Under the penname Olivia Gaines, Cheryl has authored the short story series The Bounty (2009), Vengeance (2012) and The Bounty Hunter (2013). The Slice of Life Series is new in the Olivia Gaines portfolio which includes, Two Nights In Vegas, The Perfect Man, The Basement of Mr. McGee and Letter to My Mother.
BD:Who did you use as your muse for  Saxton? Odessa?
OG: There is no muse for my main characters.  Each character is uniquely written, but I have met women like Odessa.  We travel a great deal and have seen and met accomplished women of color who often travel alone.  These women, sans girlfriends, choose to go alone because their friends never have any money, can’t get a sitter, or “If my man can’t go with me, he said I can’t go.”  ( I have experienced that one first hand!)
Odessa is actually traveling with a tour group and she chooses to step out on her own to buy some pottery for her back porch.  She dreams of a man who resembles Saxton the night before, which makes her gravitate to him when she sees him at the cantina.

Saxton, Saxton, Saxton.  This character was named by my husband. Saxton is written as the typical anti-hero who is damaged and seeking redemption.  He is a good guy, in a bad situation that feels as if he is fading into the seedy world he was contracted to infiltrate. If he saves the girl, he just may save himself.

BD:  How much research and what kind did you for the characters and cartels? Brothels?

OG: A great deal of research was done on the cartels.  The Nuevo Generacíon is real. Renteria is real. There were 20,000 people who went missing last year in Mexico and human trafficking is also very real. There is a market for every appetite, and there is always a buyer. This story deals with a very real problem in a humorous way.

As a woman of color, or any woman, when traveling, stateside or otherwise, you have to be very aware of your surroundings. The US is one of the few countries where a woman of color has a voice and is not property or a commodity.

BD:    Where did you learn about firearms?

OG: I am a former soldier, which is why Odessa was not written as one.  Big Sarge is based on a Sergeant Major I had in ROTC in college. He taught and groomed me as a young Army officer to stand my ground among men and not show fear.  Being taught and trained by those types of men really changes your perspective on who is a strong man and which men are playing tough.

Odessa is written as she is because her father is a strong man; those guys, although unscrupulous, are not really bad. They are men with guns, whom, when confronted with women with hand held weapons, dropped theirs and took off. Her father, who is not a foil, will play a much larger role in the upcoming series, which is why he was introduced in the first installment.

BD"  Are you planning to make this a series? How many books? body count? sex?

OG: As a writer, there is always a critic.  My first installment in the Slice of Life Series, was nothing but sex.  The second installment, the sex was pulled back and replaced with a really good story. However, my readers were obsessed with Marc and Nadine, and I wanted to introduce two new characters for them to connect with, enter Saxton and Odessa.  This was a bonus read for my online community of bibliophiles. I omitted the sex and wrote a truly good story, but then the readers were mad that there was no sex. There will be some in the next book, but the story is about the story, not about sex.


I am uncertain of how many books will be in the Blakemore Files series. I have an idea, but it is too soon to state.

I am wary about body count.  Taking a life is never easy and there are ramifications which follow, so I have a surprise for readers in the next installment of “Shopping with Mrs. Blakemore,” as they head into Panama.


There were several symbols in the story, and two of my favorites are the priest and the children with the basket of rings.


BD:  Who was your favorite character? Renteria

OG: The Priest symbolizes that even though these men are doing illegal activities, they still take the time out to worship.  The Priest is their connection to the good inside of us all.  I left the window open for reader to imagine the Priest was at the villa to hear Renteria’s confession, but when alerted by Mateo, he was asked to stay to perform the ceremony.  In the same section, you have the children with the basket of rings. Renteria has held on to these trinkets from people whom they have abducted. If there is a basket of rings, then there is a basket of watches, purses, credit cards and so forth. Each ring, represents a lost life.

Renteria is my favorite character because he is the one who will grow the most and the one character who will and can change. You will see him again. He is written as someone who has inherited the family business and is stuck with having to employ his screwed up cousin and a man he does not trust. In the business, he has tried to create a sense of family by building a cantina, and having women on site for the men, but his family is dysfunctional, and he knows it.  He sees Odessa as an opportunity to grow his business, which is why he makes her the job offer, even after she leaves.

He wants to be a legitimate business man.