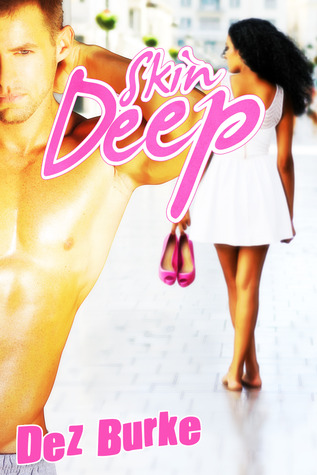 Shane never intends to get married; not with the way he looks now. He knew no woman could ever love him and wasn't about to find out if he was wrong. But when he needed a woman in his life to play a pretend girlfriend for a few short weeks, he selected the one he felt would suit his needs with no strings attached: Angela Neil.The first time Angela came face to face with Shane, she was taken aback by his scars but more so by his sizzling magnetism. The way he looked at her, with a searing heat made her simmer in secret places. This was supposed to be all about business, but Shane made it clear early on that he wanted much, much more. Angela was a smart woman and wasn't about to let her hormones rule her common sense. But temptation called Shane Davis was a dangerous thing to resist...
The synopsis of this book intrigued me, so I downloaded a sample and immediately fell in love with Shane and Angela.
I really wish more authors would write heroines like Angela; smart, beautiful, talented, and moral. I’m over the heroine that compromises herself for an over-whelming alpha male. Some of us ladies have an actual backbone, it’s annoying sometimes to do the right thing, but we feel better in the end for doing it.
I also wish they would write more smart alpha males like Shane that know when to turn the “me want now” attitude off and compromise a little.

Angela remains resolute from beginning to end and Shane is soooo sexy! I even love the cover kandy .

The bad:
Nothing worth writing about.
I'm jus sayin:
This is a love story involving a race car driver, sorry its not my thing, so I was glad to see just the right amount of racing action in the story.

Buy it and read it!

Thanks for reading this review, please subscribe! And buy the book @ Amazon, B&N, or check it out at goodreads
Posted by Unknown at 2:53 PM